Rare Transit of Mercury to take place on 11th November 2019

On the 11th November 2019 there will be a rare transit of Mercury, when the smallest planet in our Solar System will pass directly between the Earth and the Sun. The last time this happened was in 2016, and the next occasion will not be until 2032! During the transit, which takes place in the afternoon and early evening in the UK, Mercury will appear as a dark silhouetted disk against the bright surface of the Sun. 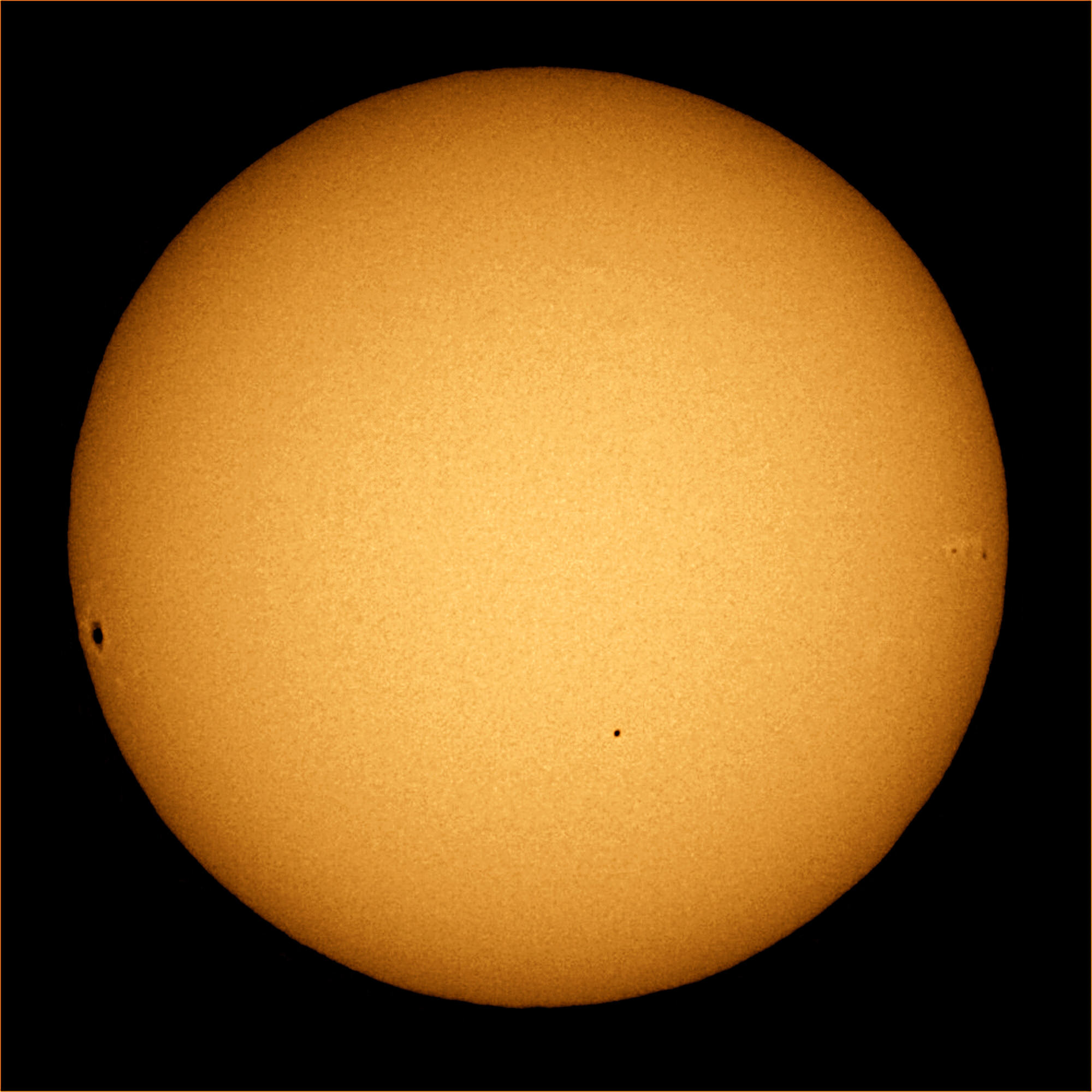 The transit of Mercury of November 2006. Mercury appears as a small circle in the lower half of the image, and has quite a different appearance to the sunspot groups on the right and left hand limbs of the Sun. Credit: TheBrockenInAGlory

However, likely cloud cover make some places better than others!

There are 13 or 14 transits of Mercury each century, so they are comparatively rare events, though each one can typically be seen over a large area of the Earth’s surface. A transit was first seen in 1631, two decades after the invention of the telescope, by French astronomer Pierre Gassendi. The most recent transit of Mercury visible in the UK was in 2016, and there have been even rarer transits of Venus in 2004 and 2012.

At any time, Mercury blocks out no more than a tiny part of the light from the Sun. This means that the event should NOT be viewed with the unaided eye. Looking at the Sun without appropriate protection, either during the transit, or at any other time, can cause serious and permanent damage to the eyes.

Astronomical societies have produced online guides on how to safely view the transit, for example by projecting the solar image with binoculars or a telescope. Mercury is too small to be visible using the pinhole projectors that work successfully during solar eclipses.

On the afternoon of the 11th November, UK amateur astronomical societies and public observatories will be running events where members of the public can safely enjoy the transit. The Royal Astronomical Society is teaming up with the Baker Street Irregular Astronomers to observe the transit of Mercury in Hanover Green at Regents Park, London, where members of the public can come and view the transit using appropriate equipment at no cost.

Observers with access to a moderate-sized telescope with an appropriate safe filter should be able to see Mercury as a dark disk, comparable in apparent size to a sunspot, but somewhat darker. At the beginning and end of the transit, when Mercury’s limb is close to the edge of the Sun, it may also be possible to see the ‘black drop’ effect, where a broad line appears to connect the planet to the solar limb. This is thought to result from the quality of the telescope in use, and turbulence in the Earth’s atmosphere (so-called ‘seeing’), and has in the past compromised efforts to record transit times.

Professor Martin Barstow, past President of the Royal Astronomical Society, is keen for people to experience the transit for themselves. “It is always exciting to see rare astronomical phenomena, such as this transit of Mercury.  They show that astronomy is a science that is accessible to everyone, and I would encourage you to take a look if the weather is clear… but do follow the safety advice!”

As it is so close to the Sun, Mercury is difficult to study in detail using telescopes on Earth. Two NASA space probes have visited Mercury, Mariner 10 in 1974 and 1975, and MESSENGER, which orbited the planet from 2011 until a deliberate crash landing in 2015. The European Space Agency mission BepiColombo launched in 2018 and is expected to study the planet from 2025 onwards. UK scientists are making a significant contribution to this project.

Transit techniques are also deployed outside our Solar system, and missions like Kepler have used it to confirm the presence of more than 3,000 planets in orbit around other stars. The same technique will be used by the European Space Agency’s PLATO mission, expected to launch in 2026.

RAS website on the transit of Mercury, including public events and a guide for schools

The Royal Astronomical Society (RAS, www.ras.ac.uk), founded in 1820, encourages and promotes the study of astronomy, solar-system science, geophysics and closely related branches of science. The RAS organizes scientific meetings, publishes international research and review journals, recognizes outstanding achievements by the award of medals and prizes, maintains an extensive library, supports education through grants and outreach activities and represents UK astronomy nationally and internationally. Its more than 3900 members (Fellows), a third based overseas, include scientific researchers in universities, observatories and laboratories as well as historians of astronomy and others. Follow the RAS on Twitter via @royalastrosoc