Where will it be visible? 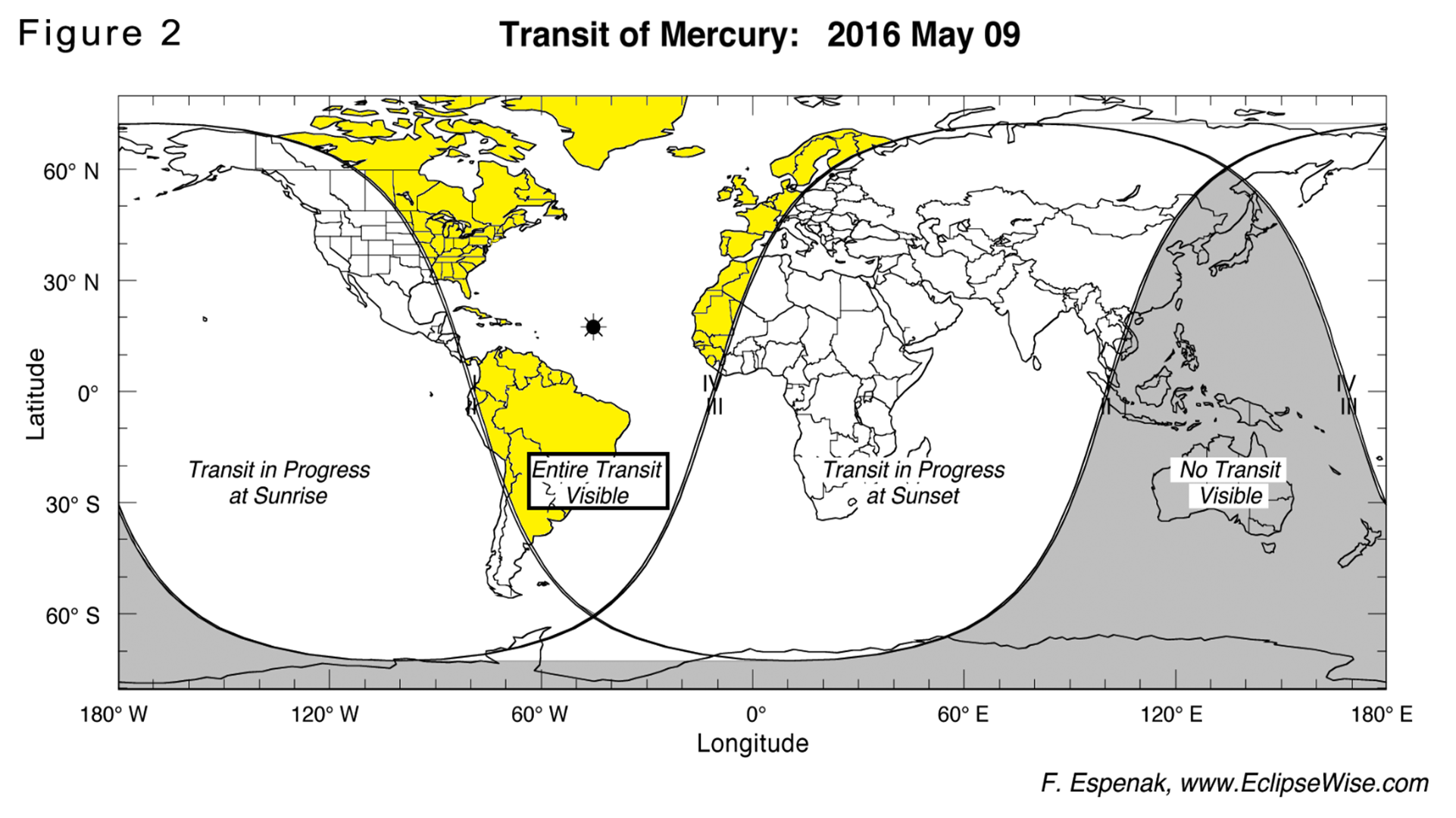 A map of the global visibility of the transit of Mercury of 9 May 2016. Most of Western Europe, including the UK, is well placed to observe the event this time.